It’s been busy up in this piece. Just a quick update to fill you in on the goings-on:

1) Flash is still buried in the backyard. RIP, Buddy.

2) Dylan‘s football team won the City Championship this season!! Usually, the Honey Badger was playing in the dirt at the games, but here is a picture of her in the stands:

3) I was so excited to take the Honey Badger to her natural (faux) habitat: The Zoo. Contrary to popular belief, at least around here, it’s not open on Mondays during November. Now, I don’t normally run out and buy my kids something if they are disappointed, AT ALL, but it was in it’s room sobbing it’s eyes out because I lied to it about going to the zoo. We put tights and a skirt on, and everything. I felt sooooo bad. So, I threw out the Disney Store as an alternative! HB didn’t flinch. She said she didn’t want to go, but I don’t think she knew how magical it could be. Don’t let anyone ever tell you that Disney doesn’t make dreams come true.

They asked HB why she was in the store today. I explained that I broke her heart, and she thought she was going to the zoo. This manager engaged HB and said she needed help naming some animals. HB, naturally, got all of them correct. The manager was so “impressed” with her animal naming skills, that they named her the “Zoo Keeper of the Day” and presented her with a gift certificate and a crown.

A very pleased Zoo Keeper of the Day, along with her certificate and crown.

But, let’s not ruin the moment by actually admitting we had a good time.

4) Mr. Dylan had to get some new photos taken, and I will post them below. He and I ended up on an episode of Parks & Recreation, that will be airing on Nov. 21st. I hesitate to even admit this, because I haven’t gone Vegan yet, or even vegetarian, so I am pretty sure I am going to be kind of a fatass in the episode, but we’ll see. VEGAN 2014! (New motto). Just watch “Forks Over Knives” and you will understand. 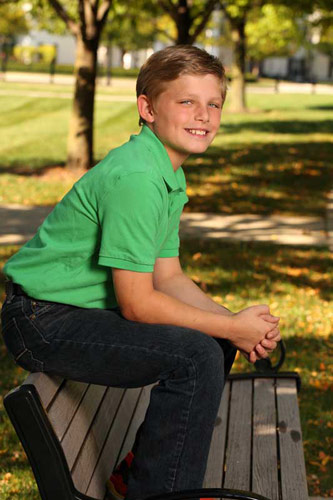 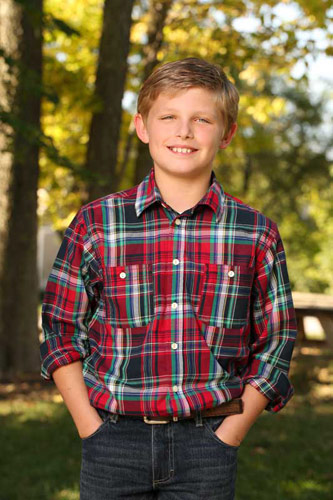 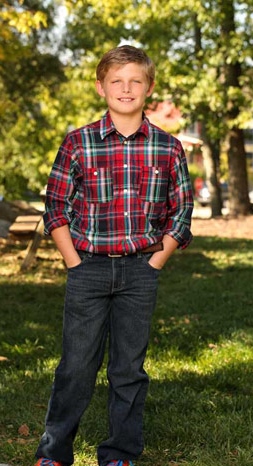 5.)  I know, I know. #3 was well warranted, but damn if this one wasn’t WAY more warranted. So, yesterday, I had to drive 30 minutes south for an appointment.  This was a couple I had seen before, and they carved time out of their busy week to meet with me. The problem was, I had to bring HB to the sales appointment with me, unexpectedly. My plea was not overkill, but simple in nature: “I will promise you the world, and all of Meijer, Target, and Walmart COMBINED, if you remain quiet the WHOLE time and do not ask Mommy a single question. NOT ONE QUESTION.”  Ok, so in reality, I promised “ONE” item to pick out if she did not interrupt my very important sales meeting.

Here’s how it went:

Oh, did I mention my sales manager was meeting me there because I asked her to support me in this very important endeavor?

They answer the door –  “Oh, Hi! I just brought my whole entourage here (hee hee)…this little one was a last minute addition!”

I go to set HB up on the floor with a blanket, library books, a doll, and lots of doll clothes (that I gave her the day before – I found them in the basement….my own doll clothes from when I was little….)

It never said a single word.

I could have cried. I did, in fact, as I carried her to the car, with 3 completed applications for business, 3 checks, and all her stuff that she spread all over their living room floor. She played incredibly quietly until she fell asleep on top of her library books. She broke my heart again, as my children do repeatedly, only because I can’t fathom how they could treat me this way. How could she have known, that today of ALL days, I needed her to be as responsible and absolutely perfect as possible?

So, I promised her something. And, she didn’t forget. She picked out a Barbie makeup kit for $9.99, and she and her Daddy dived into it as soon as possible last night: 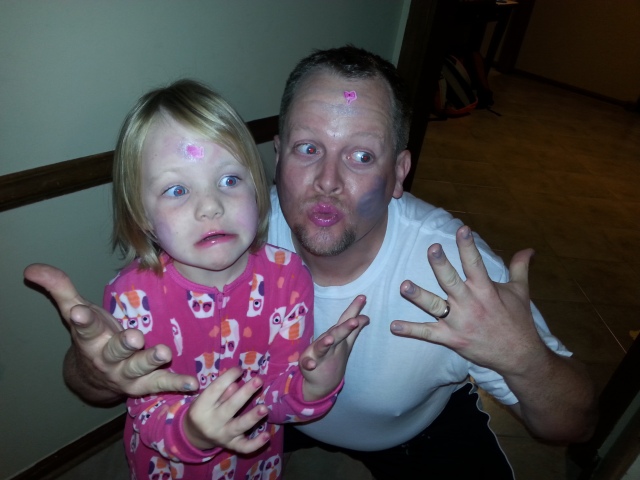 But, of course, today is another story.

-HB insisted on doing makeup on my face before she went to school. Ok, no problem.

-HB always has another plan. She wants to paint her face as a kitty cat before she goes to school.

“Erin, you cannot wear makeup to school.”
“Wellllllllllll, Odette wears makeup all the time and paints her face all the time.”
“Oh, reallllllllllly.”

Famous last words, as she walks out of the house to go to school.